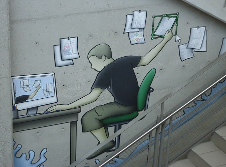 Research conducted with the aid of the UCF ARCC covers a wide variety of disciplines including Engineering, Modeling and Simulation, Physics, Chemistry, Biology, Optics, and Nano Science.

All of these areas benefit from the UCF ARCC by allowing users to submit jobs and receive data in a timely manner that would not be possible on conventional personal computers or computational workstations. The selected list of citations below represents the work of researchers that have benefited from the use of the UCF ARCC.

About the UCF ARCC:

The University of Central Florida (UCF) Advanced Research Computing Center is managed by the Institute for Simulation and Training, with subsidies from the UCF Provost and Vice President for Research and Commercialization, for the use by all UCF faculty and their students. Collaboration with other universities and industry is also possible.